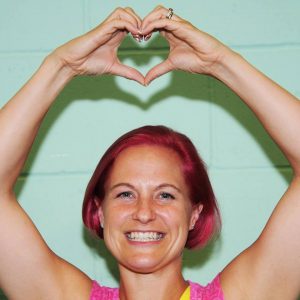 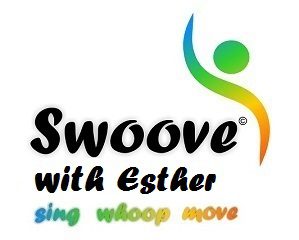 Esther Featherstone is an award winning fitness instructor – 2018 & 2019 – Best Fitness Instructor in Sussex – Muddy Stilettos Awards. Guinness© World Record holder, rebel against doctors, Bella from ‘The Tweenies’, wife and mother, with a mission to take the world by storm with her fitness concept: Swoove© Fitness.

There are three different payment options for Swoove with Esther:

Children are always welcome at class especially in the holidays. They can sit at the side for free or join in for £3.00.

Bank holiday Mondays – The 6.45pm Swoove Ignite class at the Scaynes Hill Millennium Centre will be the only class running. This is the same for all bank holidays.

Please spread the word about the weekly not for profit class every Friday at the St Francis Social Club.  This is a FREE class for anyone and everyone 10.45-11.45am. Let’s get the community swooving! If you can afford to pop a penny in the bucket we raise money for different charities. Updates as to which charities we are raising for will be announced at class. 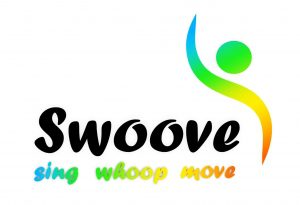 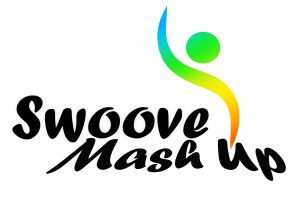 Swoove Ignite is for all ages and abilities. This class is in the dark, with disco lights and glow bracelets – not suitable if you suffer with epilepsy. 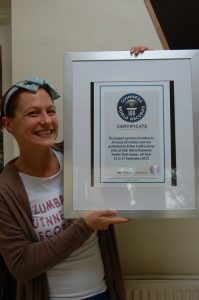 The following is from an AS Language Unit “Exploring the writing process, Writing for a reading audience, Journalism Interview” by Eloise Boden

‘Every year for the past 8 years I’ve done a charity event’ states Esther Featherstone proudly: Swoove Fitness© founder and Creative Director, Guinness© World Record holder, rebel against doctors and Bella from ‘The Tweenies’. Yes, really, the vivacious person sitting in front of me not only holds a world record, she also played Bella in the lovable kids TV show ‘The Tweenies’ which is obvious when entering her house, because of the photo on her mantelpiece of Bella and Fizz. Her place has a homely feel and as soon as I arrive I am offered a cup of tea and some rocky road. She practically skips around the kitchen full of energy and with her brightly coloured clothing and vivid red hair, never mind her cheesy grin, she is hard to miss.

She sits on her sofa cross-legged taking regular sips from her cup of tea as she modestly explains that she was ‘lucky’ to get the job of Bella due to her being the right height, able to dance and approachable. After 27 episodes and a tour, it is clear to see that ‘The Tweenies’ holds a special place in her heart. What was it actually like wearing the costume? ‘Heavy and sweaty!’ she admits. Esther is very energetic and as she confidently tells me that the costume weighed over a stone, it is obvious that she takes dance and exercise seriously. Not only has she worked on ‘The Tweenies’, other children’s TV programmes she has taken part in include ‘Jim Jam and Sunny’ where she played Sunny. She jokingly tells me how the programme came out at the same time as ‘In the Night Garden’ so ‘they nicked our BAFTA’. However, she doesn’t miss out the fact that ‘The Tweenies’ also won an award.

Additionally, Esther has contributed behind the scenes as a choreographer for the show ‘Fun Song Factory’ where she worked with Aston Merrygold from JLS. She tells me that it is a useful skill to have because if a dancer is not suitable for the show, then they can always choreograph. Being dance captain for ‘The Tweenies’, she uses the phrase ‘natural progression’ to describe her shift into choreographing.

However, dance has always been a key part of her life. ‘I started at the age of 4 and went to ballet, tap, modern and jazz twice a week’. She tells me apologetically how because her mum was best friends with the dance teacher, she had reduced rates which was useful for her, coming from ‘a working class family’. She claims she always knew that dance was the career she wanted to pursue as it is her passion. ‘There are photos of me since I could walk with my hair up in a ballet bun’ she recalls nostalgically. She completed all of her Royal Academy of Dance exams and at 16 went on to not only achieve her RAD teacher’s examinations but also her A-levels which included performing arts. At the age of 18 she got the ‘scholarship for BA honours acting degree’ at the Italia Conti Academy of Theatre Arts and went from ‘chorus to lead role girl’. She uses the word ‘lucky’ often but her achievements show that she’s anything but.

And how did she get into the fitness industry? ‘With the economic downturn, children’s theatre took a big knock and my friend invited me to a Zumba class. I loved it, signed up for the training and did my first class in August 2010’. She mentions how she got involved in Zumba at a good time as it was just beginning to become popular and how she sent her friend a huge bunch of flowers to say thank you. Fifteen of her classes ran every week for 5 years until she founded Swoove Fitness©. Esther admits how she wouldn’t be anywhere without her ‘loyal band of followers’. She tells me that her Zumba classes were a lot are fun and were a chance for people to de-stress. But surely, completing a world record for the longest Zumbathon at 39 and a half hours was anything but relaxing? ‘There were harder parts in my training’. Esther loves exercise but it turns out that she is just like the rest of us; banning chocolate and alcohol from her diet was painful, never mind running every day, she tells me while crunching on some rocky road.

But it was all worth it, over £31,700 was raised for St. Peter and St. James’s hospice, a charity based in Sussex that provides support for those with progressive and life-limiting illnesses. Esther and all of the people who took part should feel proud. However, this feeling is nothing new for her. Her 21st birthday was not spent partying; instead, a charity gala was held in order to raise money and she regularly holds charity events for local charities that the local community benefit from. Charity was the main reason for the world record attempt but she confides that she also wanted a challenge fitness wise before she has kids.

And a challenge it was. ‘The doctors told me I probably wouldn’t survive it’ she tells me with a blasé attitude. She says it in such a way that I ask her to repeat herself. It turns out that she was warned that she could die as it is such a strain to put your body through. Issues such as lack of sleep, water and food presented an uphill struggle but Esther admits cheekily that once she gets an idea in her head, she runs with it. Were there any problems while completing the task? She did have ‘a couple of weird moments’ including hallucinations of a black cat walking into the room but that she expected to have some issues considering the lack of sleep. Fortunately for her, the people and atmosphere kept her going.

This website uses cookies to improve your experience while you navigate through the website. Out of these cookies, the cookies that are categorized as necessary are stored on your browser as they are essential for the working of basic functionalities of the website. We also use third-party cookies that help us analyze and understand how you use this website. These cookies will be stored in your browser only with your consent. You also have the option to opt-out of these cookies. But opting out of some of these cookies may have an effect on your browsing experience.
Necessary Always Enabled
Necessary cookies are absolutely essential for the website to function properly. This category only includes cookies that ensures basic functionalities and security features of the website. These cookies do not store any personal information.
Non-necessary
Any cookies that may not be particularly necessary for the website to function and is used specifically to collect user personal data via analytics, ads, other embedded contents are termed as non-necessary cookies. It is mandatory to procure user consent prior to running these cookies on your website.
SAVE & ACCEPT
Go to Top